The dUTP/UDG anti-contamination system is a very effective means to control the contamination of PCR amplification products. In PCR detection reagents using DNA as a template, it has gradually become a mandatory standard. However, the commonly used E. coli UDG It still has high activity at the usual reverse transcription temperature (42-55℃), which will degrade cDNA, which will reduce the sensitivity of One Step RT-PCR/qPCR.
HiScript® II U+ One Step qRT-PCR Probe Kit contains an optimized ratio of dUTP/dNTP mix and heat-labile UDG derived from psychrophilic marine bacteria. Heat-labile UDG has high activity at room temperature and can fully degrade U-containing double-stranded DNA during the mixing process of the reaction system. When the reaction system is heated to 50-55°C (the optimal reaction temperature of HiScript® II), Heat-labile UDG is quickly and completely inactivated, maintaining the integrity of the cDNA, and ensuring that the detection sensitivity is not affected. 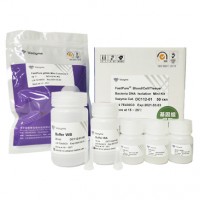 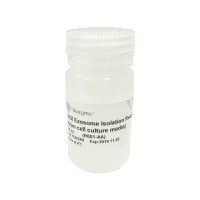 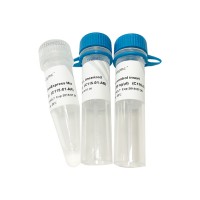